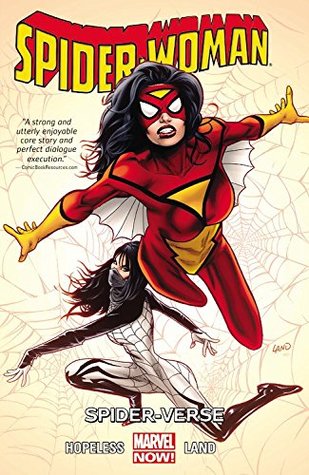 Jessica Drew’s spider powers are the result of a spider blood injection administered by her scientist father to save her from a fatal childhood disease. She’s been Spider-Woman ever since. At the moment, she is charged with protecting Silk (A.K.A. Cindy Moon) who’s been universe-hopping to avoid the Inheritors who would love to see her and any other spider person dead. Jessica likens her duties to having “been tasked with protecting a superhero fangirl with untreated ADHD and delusions of grandeur.” Sounds like fun, right? She doesn’t have to do it alone though, she has the 1930s Peter Parker (A.K.A. Spider-Man Noir or jokingly known as Prohibition Spider-Man) pitching in.

When her mission takes an unexpected turn, Jessica and Silk both end up in Loom World (Inheritor territory), hiding in plain sight among their enemy. A multidimensional spider-war ensues that will determine the fate of many across the Spider-Verse. When the smoke clears, who will arise victorious from the ashes?

I’ve been on this Spider-Verse journey since last summer (2018). I kicked things off with Spider-Man: Miles Morales Volume 1 which marked my first time ever reading a comic. I read through all of Miles Morales (Brian Michael Bendis), which led me to Spider-Gwen (Jason Latour), then to Silk (Robbie Thompson), and now to the Spider-Woman known as Jessica Drew (Dennis Hopeless). In this volume, I learned that Jessica Drew is both an Agent of S.H.I.E.L.D. and an Avenger, she’s friends with Captain Marvel, and she has a doppelganger that lives among the Inheritors. In Spider-Verse, I was also introduced to another spider person who goes by the name of Anya. I looked her up on a Marvel fandom site which, long story short, said that Anya Corazon is a teenage gymnast from Brooklyn whose powers were unlocked when a transfer of power occurred from a sorcerer named Miguel who is a member of the Spider Society.

Ultimately, I enjoyed my first read in the Spider-Woman series which concluded with a bonus Spider-Woman classic debut. I especially like the work of the artists (Greg Land, Frank D’Armata, et. al.). Next up I’ll be reading Spider-Woman Volume 2: New Duds. 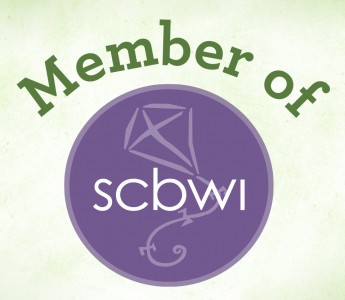 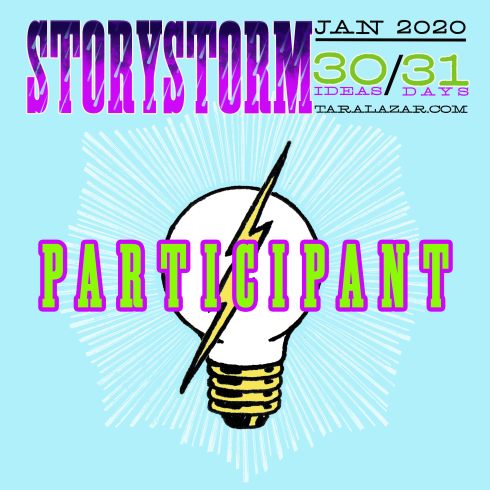